And F1 score is the harmonic mean of only 2 data values which is Precision and Recall.

Formula for F1 score is as follows: 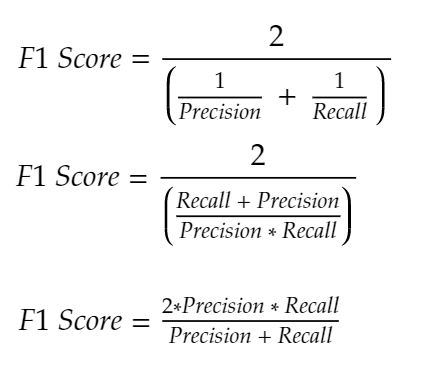 It is a more general measure than F1 Score.

A parameter called Beta has been provided with this formula so that we can tweak the weight and accordingly Precision or Recall can be given higher importance.

In the next article we will be using these metrics to evaluate our classification model. Stay tuned!!